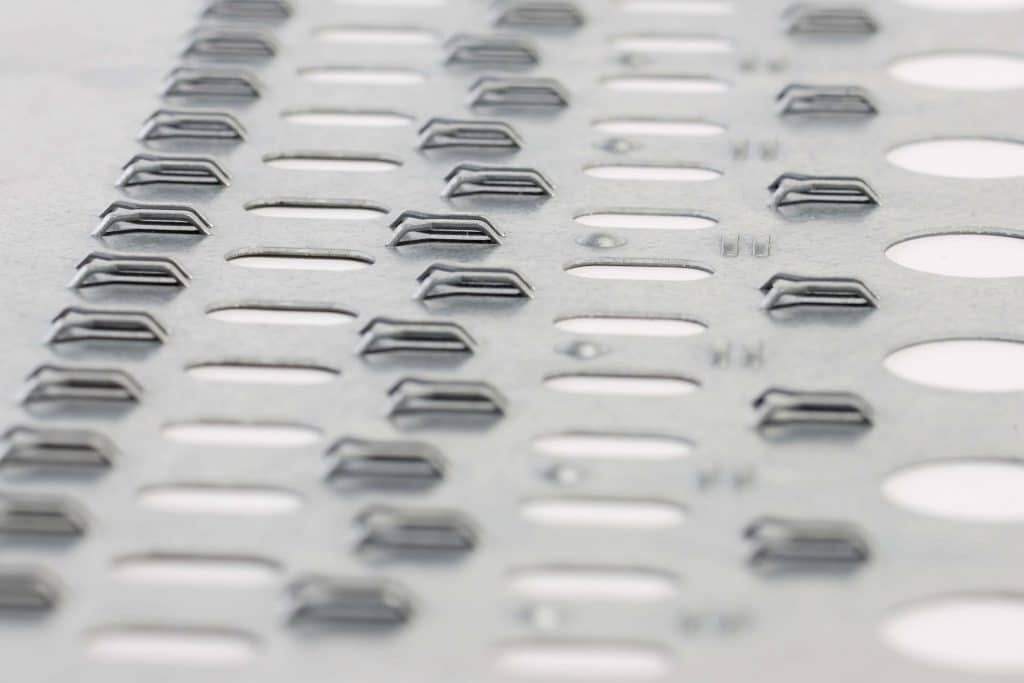 As supplement to punching and nibbling, a variety of formed areas with limited height can be created in the sheet using special tools.

The addition of forming capabilities increases the versatility of punch presses. No longer just machines for making holes in sheet metal, punch presses have been used for years to produce common formed features such as extrusions, beads and louvers. The tools are designed so that the workpiece is formed between the punch and die.

For an example of how sheet metal forming works, let’s look at extrusions. Extrusions are round holes, whose edges have been stretched up or down. The extrusions are made by first punching a small hole and then forcing the edges through a die.

The sheet metal forming tool used for this process has a punch shaped like an awl and a die with a corresponding depression. As the punch is lowered, it forces the edge of the hole into the depression in the die, causing the metal to stretch and change its shape. 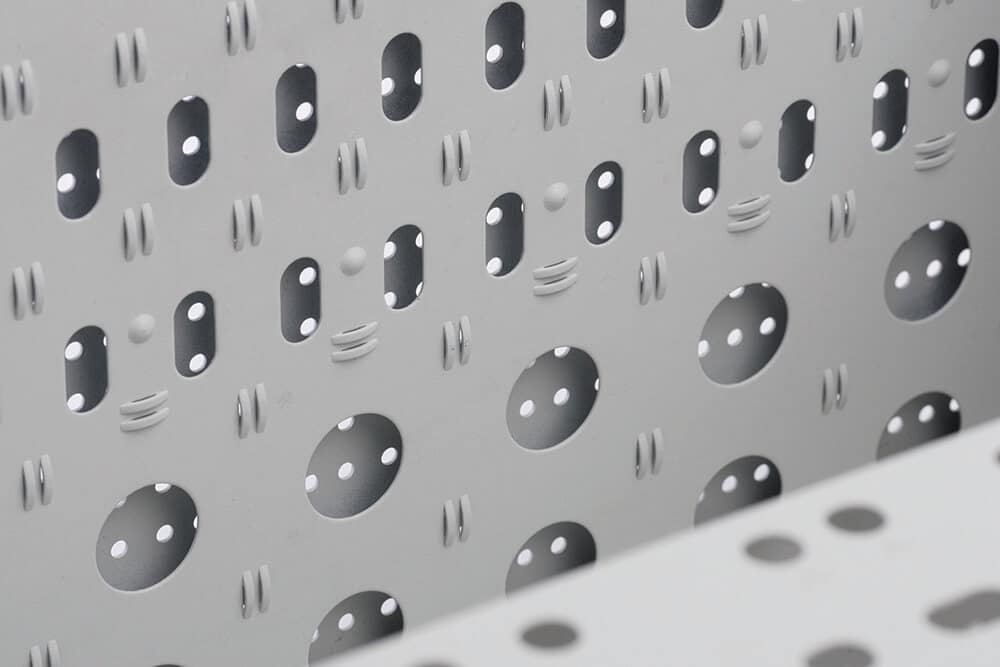 Sheet metal parts are frequently attached to other parts using screw fasteners. Putting threads in the parts used to mean welding or pressing threaded nuts manually into parts at another station. This involved several steps: a hole had to be punched, the part had to be taken off the machine, and the nut had to be pressed into the part and welded, if necessary. Now punch presses can be fitted with tapping tools that are able to form the threads directly on the sheet much more quickly and accurately. This method can be used to produce standard thread sizes from M 2.5 to M 10 as well as their corresponding measurements in inches.

Punch presses can also be used for bending parts. Special bending tools make it possible to produce flanges with bent angles of up to 90 degrees. Designers who know how to take advantage of these capabilities can design many sheet metal parts so that they can be produced entirely on a punch press.

Whether it’s a company logo, part number, date, or special symbol for use in assembly – sheet metal parts often have to be labeled in some way.
To mark a sheet, the desired shape or design is pressed into surface of the sheet. This process creates tiny depressions that are only a few tenths of a millimeter deep.

Does our mission seem interesting to you? Become a part of our vision!

Optimize your production costs. Work with us!

What do you gain if you choose to cooperate with a reliable Slovenian company for sheet metal forming?